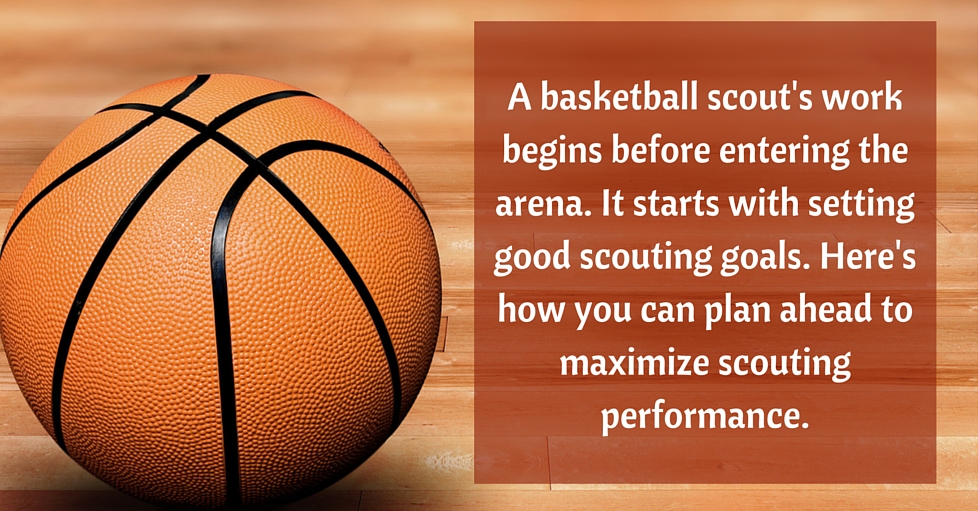 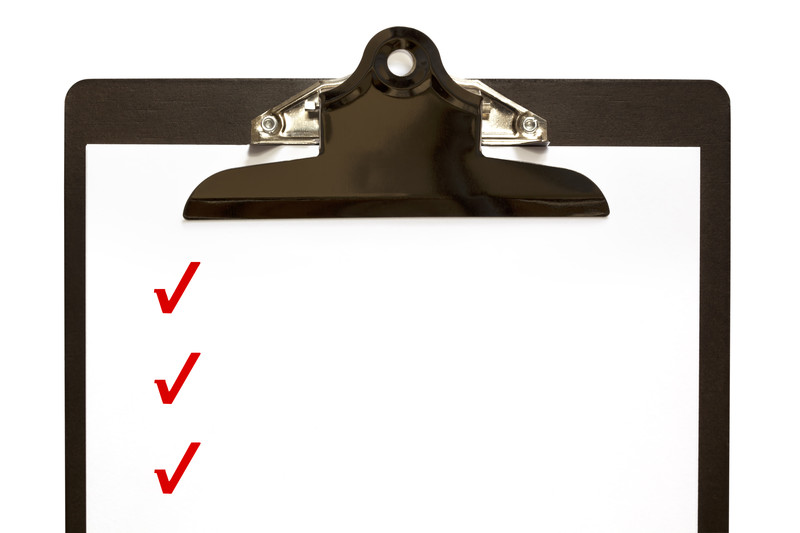 A basketball scout needs a plan.

When you go to an arena, or sit down to watch tape, knowing what you hope to accomplish is key.

But your work begins before you enter the arena.

You can plan ahead to maximize your performance at and after the game.

Why you need basketball scouting goals

I remember when I first started scouting high school basketball.

There were so many players to watch. It was dizzying trying to keep track of everyone.

I didn’t know what I was trying to accomplish.

I felt unsure about what was working and what wasn’t.

I felt so overwhelmed.

I had all these questions about high school basketball scouting – questions with answers I didn’t have.

I knew I was writing for coaches and fans, of course.

But I didn’t know what happened after I emailed a report to a coach, hit the publish button on the website, or sent out my 112th tweet of the first half of a grassroots game.

If I send a report to a coach, and he doesn’t read it, did I achieve anything? Not really.

As I thought about it, I realized I wasn’t totally clear on what I was trying to do. That lack of clarity made it hard to figure out what to do.

I kept thinking about it.

I realized what my goal was.

I wanted to keep improving as a scout. I wanted to get players the exposure I thought they deserved.

That goal gave me a starting place to make changes in my process. I knew something wasn’t quite working. I talked with coaches to try to figure out what to do differently.

As I spoke with them individually, I learned something important: coaches didn’t have the time or energy to read lengthy reports unless they already knew they were interested in a specific player.

Long scouting reports that landed in their inboxes were skimmed, at best, and often put aside for a tomorrow that never came.

Lists of players usually required too much work to be read fully.

And here I was, focused on sending these long reports covering a hundred players!

I picked up something important from these conversations.

If coaches had interest in a player, they wanted to know a lot about the player.

Conducting interviews with such players was like catnip for coaches.

I used my goal as a starting point to acquire more information. I came up with a plan.

This type of goal and plan combination works for the big picture of your basketball scouting career.

You can also apply this methodology to individual basketball scouting events.

Either way, the thinking behind it is virtually the same.

1. Decide what your basketball scouting goal is.

There is a reason you go to the arena to watch a game.

That reason will dictate what your basketball scouting goals are.

A. What type of basketball scout are you?

Your audience is who you work for – who will use your work.

You could be a scout evaluating prospects for a college or professional team.

Or maybe you’re an assistant coach or advance scout watching an upcoming opponent.

Remember who you are.

B. What is the end result you have in mind?

I’ll list a few example possibilities to get you thinking about your situation.

The end result will vary depending on your role and your audience’s goals.

Sometimes you work on behalf of a team or person in search of a particular type of player. Maybe a three-point shooting wing, for example.

Other times, you’re covering a big group of players and trying to identify standouts.

If you don’t know what you’re trying to do in a specific situation, you could find yourself lost and overwhelmed, as I did in the story above.

By getting clear on your circumstances and formulating basketball scouting goals, you can start coming up with plans that work for you.

But before we move on, there’s something important to remind you about.

The goal is an idea you think about. It’s part of your mindset. It’s not something you must fight reality to achieve.

If you attend a low-level high school basketball game with the goal of finding a Division I point guard, you must accept you might not find one there.

Don’t force it. Otherwise you might slide into confirmation bias and make a big mistake.

2. Identify the criteria for achieving your basketball scouting goals.

Let’s suppose you’re with a high school scouting service, as I was.

Because you know your goal, you’re able to identify what criteria matter.

By “criteria,” I mean the standards on which you’re basing your evaluations.

These criteria form the building blocks of your plan.

To understand why it matters, we’ll look toward the popular rankings for the best high school players entering college in 2015.

Multiple major scouting websites ranked Skal Labissiere as the top prospect in this class, ahead of players such as Ben Simmons, Brandon Ingram, and Jaylen Brown.

Based on the performances of those players during the 2015-2016 college basketball season, your first reaction be to say, “Well, obviously they got that one wrong.”

What exactly do those rankings imply? Have you ever really thought about it?

Are the players ranked in order of who is the most skilled right now?

Or are they based on some combination of skill, athleticism and potential?

The latter, it would seem. That’s what the websites say.

But then, potential over what time period?

We had one year of college basketball for those players. If the rankings were done with a longer period of time in mind – four years, for example – nothing has been proven right or wrong.

After all, it’s possible Labissiere could be the best player of the group in 2019. We don’t know yet. So maybe that ranking hasn’t been proven right or wrong at this time.

Time period is one type of criteria to keep in mind. If you’re with a team, it’s best if this time period lines up with your organization’s situation. If you desperately need a point guard for next year, a prospect who badly needs three years of development won’t get the job done for you.

Skill set is another criterion.

If you’re a college coach searching for a post scorer, a big man prospect’s perimeter shooting is probably only a minor factor in deciding which prospects to target in your recruiting.

The prospect’s footwork in the low post, however, would matter quite a bit.

So if you were to come up with a shortlist of players, it would make a lot more sense if low post footwork were an important criterion in building the list.

Being specific in this way also makes it easier for your work to be evaluated after the fact.

A well-stated prediction can be judged right or wrong, which means you can assess which parts of your process are working and which need improvement.

Good self-evaluation is one of the most critical basketball scouting habits.

I come from a computer science background. Those skills contributed to me being able to break things down and view them in an analytical way. When I’m trying to solve a programming problem, a crucial piece is making sure I’m trying to solve the right problem.

That approach matters in scouting, too.

If you set the wrong goal, you’ll spin your wheels and not get far.

It’s why you need to:

1. Decide what your basketball scouting goal is.

2. Figure out the criteria for achieving your goal.

You use those criteria to build your plan.

That wraps it up for this week.

Do you have a goal in mind for a project you want to do? Share it in the comments below!