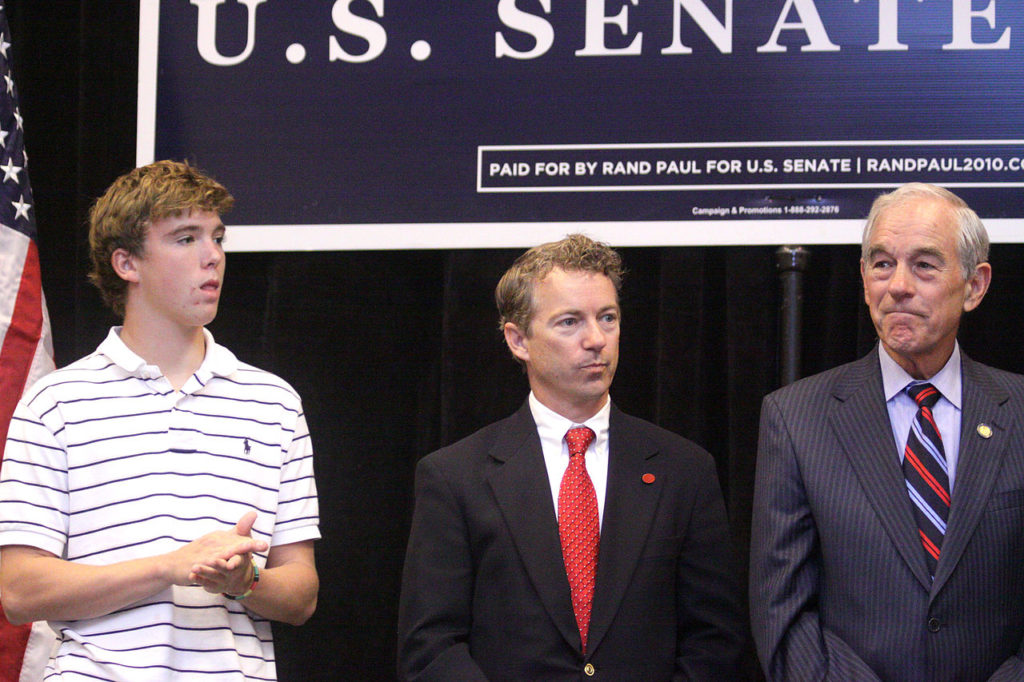 I supported libertarian candidates throughout most of my twenties.

In the 2008 presidential primaries I donated $500 to Ron Paul, which earned me an invitation to a private event and photo op with the candidate.

I regret this support.

It came from a place of privilege that I didn’t recognize I had.

I understand that some people’s blood starts to boil when they see the word privilege, so let me clarify what I mean by that.

It doesn’t mean that I always had it easy, or that my life had no challenges, or that everything was handed to me.

Here’s what I do mean.

I didn’t have to confront the kind of everyday and systemic discrimination faced by people who don’t look like me or talk like me.

Not only didn’t I have to deal with it myself, but because I grew up in a homogeneous environment, surrounded by other people like me, I didn’t know anyone who faced those challenges.

And so while I heard stories “out there” about that kind of discrimination, it wasn’t real to me.

I don’t know whether I consciously believed that it was made up, and that uncertainty in itself is evidence of this privilege—the privilege to not even have to think about it.

People who are victims of systemic discrimination lack this privilege.

They can’t choose not to think about whether their next encounter with law enforcement will be fatal, or whether they’re getting passed over for job opportunities because of their name or whom they love.

Having this privilege—and my ignorance to it—led me to libertarianism.

I drifted in this direction because I didn’t see that my life experience was not the norm for many people and I failed to make any efforts to look around and listen.

Many people who look, talk, and think like I did drift through life without examining their privilege.

What finally bumped me off course was entering into situations where I started connecting with people without this privilege.

Marrying into a family that includes people of color and spending so much time around the basketball world opened my eyes. So did moving from the uniform community in which I grew up to liberal hotbeds in Oregon.

These experiences alerted me to the fact that my experience was not normal for everyone and that I did have certain advantages that other people didn’t have.

I suppose it’s at this point that libertarians experience a kind of cognitive dissonance about their own identity, as I did.

No one enjoys discovering that they didn’t fully earn everything they have.

No one enjoys finding out that they’ve been supported by a system that discriminates against other people.

Recognizing that you have privilege is not a fun realization.

It’s much easier to ignore it.

Your ego works hard to ensure that you do.

For a time, mine won out. Eventually evidence, brought on by new perspectives, prevailed.

But it did take some time for me to get there, to get here.

It took developing some genuine empathy.

Although I recognize that I’m never going to be a perfect ally, I try to do my best.

I keep trying to get better.

I spend a lot of time listening and I seek out people who aren’t like me.

Twitter, despite more or less being an alt-right cesspool, proves an invaluable tool for me.

I’ve worked to cultivate a list of people I follow who come from different backgrounds than I did and who every day deal with challenges that I don’t.

I listen and use what I learn to help where I can.

For instance, following disability rights activists on Twitter alerted me to the fact that many people rely on plastic drinking straws, and that restrictions can cause harm. When the City Council on which I serve considered enacting such an ordinance, I knew enough to speak up and tried to make sure we centered these needs. We ultimately passed no restriction.

Politicians and other leaders need to put less privileged people front and center when making decisions.

Libertarians fail to do that.

Free enterprise, for all its benefits, does not protect people from discrimination.

It takes naivete to look around and see a world in which no one needs protection from those who support a system that discriminates historically and presently.

Ignorance may be bliss for the ignorant but it causes harm to people who can’t afford to remain ignorant.